The Legend of Goldbeard is a roguelike card game that takes place in a world where treasures are cards. Play as a pirate, explore the ancient island and defeat Goldbeard's undead crew to claim the legendary pirate's treasure.

Drag cards onto squares to use them

Open treasure chests by standing near them

Hover over the enemies to check their health, attack, and attack pattern

Hi, I'm having some issue after the first level. The map won't open, and I see treasure chests scrolling up on the screen. Playing the WebGL build in Firefox. 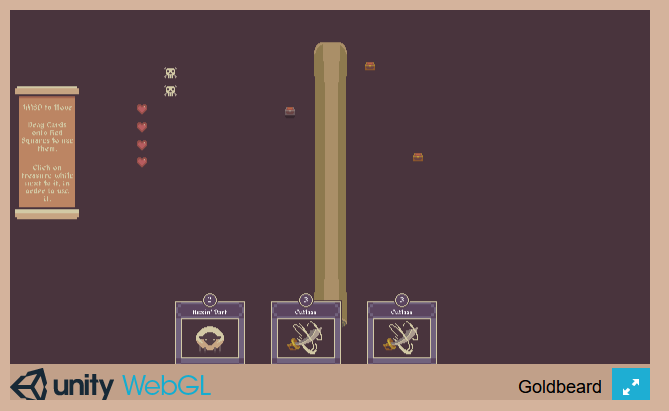 It was really good so far! Good job on the art ;)

Hey, thanks for pointing out this issue.

I did a couple of play tests in Firefox just now and ran into the same issues you did a few times. After doing a bit of digging into it, my best guess is that this a WebGL on Firefox issue.

I followed the instructions in this link and I think it fixed the problem on my end. It seems Firefox has a setting called "webgl.force-enabled" which defaults to false, and this causes some edge case issues. After changing it to true, I have not run into the problem again.

I'll have a look at what is actually causing the bug on our end though, so that is not as inconvenient for future Firefox players.

Thanks for checking out the game! 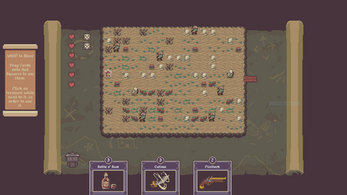 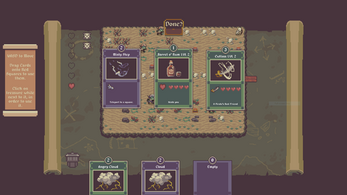 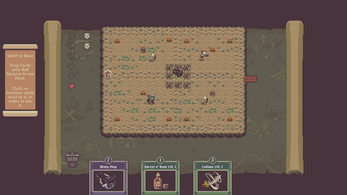